Rapper Desiigner Gets in Shouting Match with Cops After Traffic Stop

Desiigner
Gets in Shouting Match with Cops
‘I’ve Got Millions!!!’ 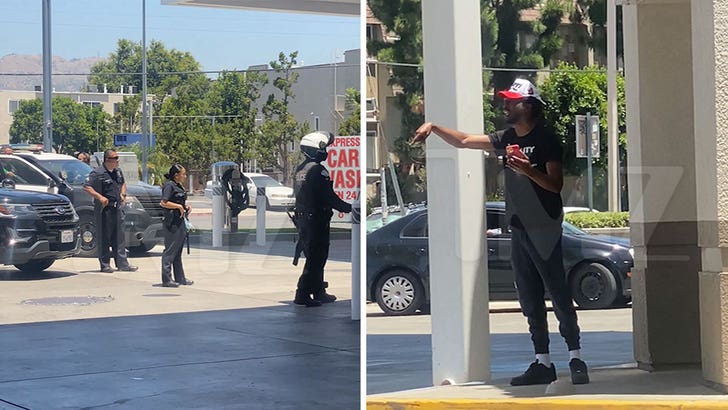 Desiigner had a not-so-friendly exchange with cops after getting pulled over … leading to a shouting match while things got sorted out.

The whole thing went down Wednesday in L.A. after law enforcement sources tell us the “Panda” rapper was pulled over for driving without license plates and tinted windows. We’re told Desiigner got out of his car and approached the motor cop who pulled him over.

Video from the encounter is intense — the officer has his pepper spray pulled, which sets Desiigner off — letting the cop know he doesn’t pose a threat, and there’s no reason for force to be used. He also calls the officer a “racist bitch.”

The verbal back-and-forth continues — and it sounds like the officer claims he can take the vehicle — but Desiigner isn’t phased, shouting, “I got money all fking day.”

Desiigner then notices a bystander filming the interaction, asking the guy, “You know who I am right? Desiigner. Panda.” Seemingly making a further point to the officers that he’s a big deal and shouldn’t be messed with.

Our law enforcement sources say eventually backup arrived, and the additional officers spoke to Desiigner, diffusing the situation … Desiigner signed his ticket and everyone left without further issue.