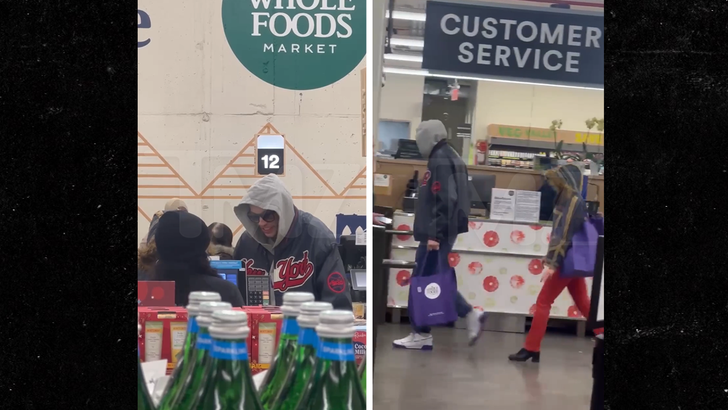 3: 07 PM PT — A rep for Pete tells TMZ … “Chase and Pete are great friends and they have been since they met filming ‘Bodies, Bodies, Bodies.” According to their sources, they are very close friends and do not consider themselves an item.

Pete Davidson might have another body on his hands — because he was out on a grocery store date with a mystery woman … whom we’re told appeared to be Chase Sui Wonders.

The ex-SNL star was out at Whole Foods in Brooklyn Saturday afternoon. He was clearly trying to stay low and incognito. His lady friend was next to him. They both wore their hoods completely covered as they exchanged smiles at checkout. 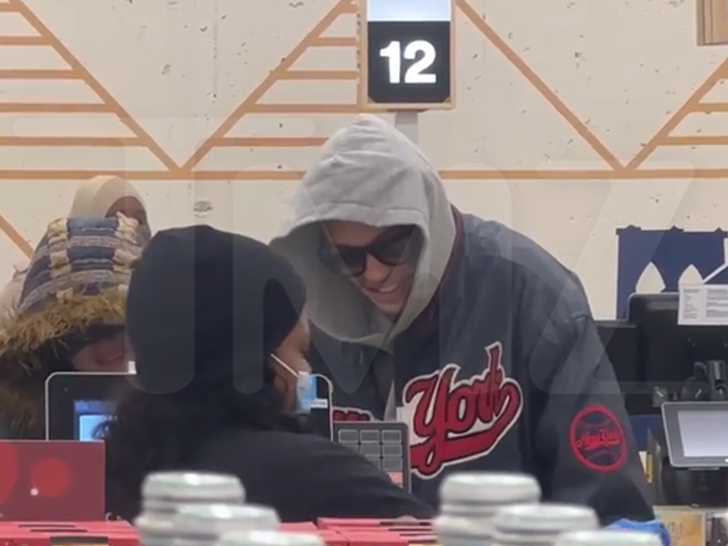 Fortunately, PD recycles his fits a bit … and we’d recognize that nifty New York jacket anywhere. It’s the same one he wore at the Rangers game on Thursday … where Chase Sui was also in attendance with her fellow “Bodies, Bodies, Bodies” cast member.

They weren’t hiding but, if this is CSW — as an eyewitness insists — then they aren’t trying to be seen together here. This could indicate that they’re real. 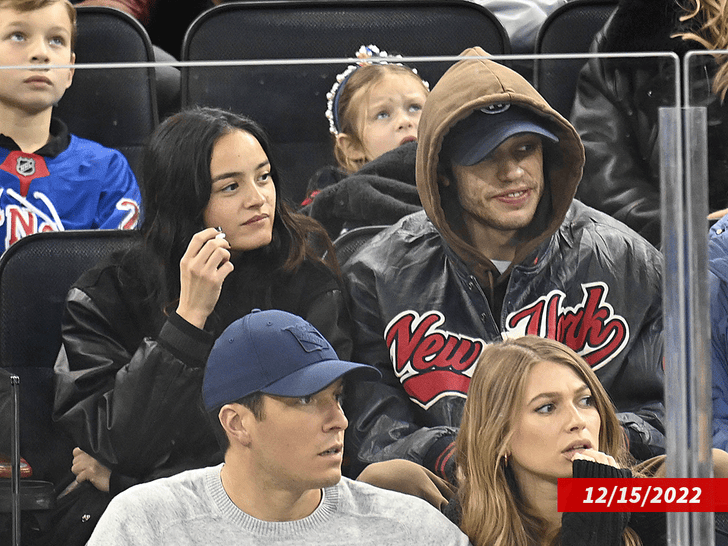 The cat was almost outta the bag at the hockey game … but there was plausible deniability since their other ‘BBB’ costar, Rachel Sennott, tagged along — and it could’ve been a 3-way friendly outing. However, Chase might be hanging out with Pete alone.

If you haven’t seen their movie, they play a couple… David and Emma who have a troubled relationship. Based on their recent get-togethers, it seems that their chemistry in real life is stronger… with a lot more drama.

We haven’t seen Pete with Emily Ratajkowski lately either — so more evidence this might be romantic. You don’t just bring anyone to WF with you… that’s the real deal!