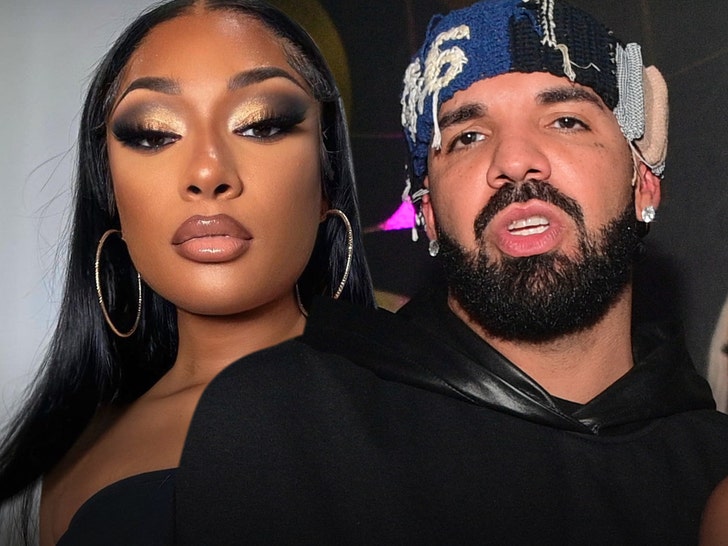 Megan Thee Stallion‘s lawyer says hip hop artists — like Drake, apparently — who side with Tory Lanez in the shooting case are gonna look like fools, and he adds there’s already plenty of evidence backing her up.

Meg’s lawyer, Alex Spiro, joined us Friday on “TMZ Live” to remind everyone … she’s the victim here, but instead of fellow artists having her back, he says too many are calling BS. 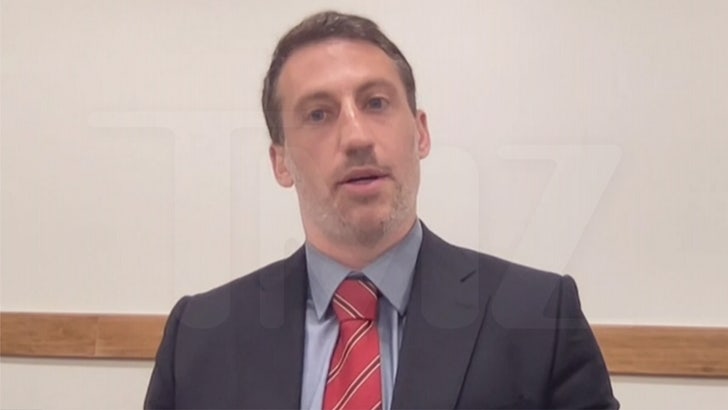 Alex strongly believes prosecutors have built a case that proves Meg is telling the truth about Tory shooting her in the foot back in 2020 … and, for that reason, he says Meg’s doubters are gonna be eating crow. 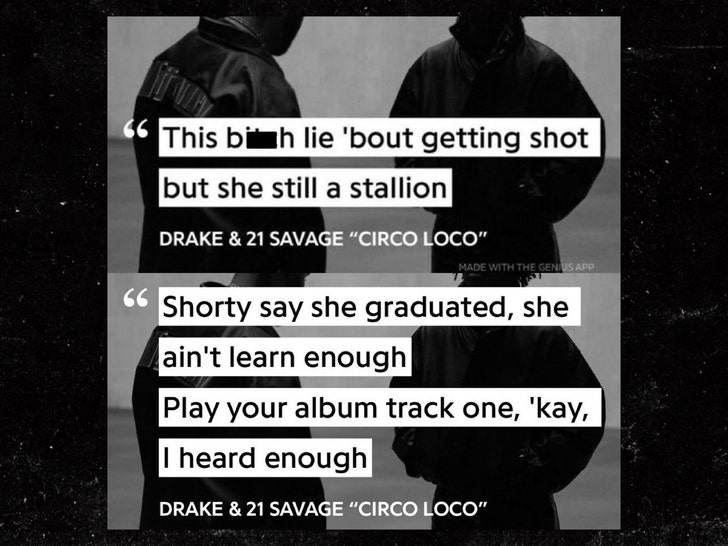 As we reported, Drake is apparently the latest to say the H-Town Hottie is lying about getting shot in the foot while in an SUV with Tory.

Come to think of it that drake bar wasn’t even a diss you know. I think he was saying even tho shorty lies about getting shots (BBL), she’s still a stallion. ( like Meg who actually got shot). Think about it.

There is another view of Drake’s verse on “Circo Loco,” which is that he was really rapping about thick women (stallions), in general, lying about getting “shots” for BBLs … AKA Brazilian butt lifts.

Meg definitely didn’t take it that way, and clapped back on Twitter shortly after his album dropped Friday — calling out Drake and other rappers for ganging up on her simply because she said “one of y’all homeboys abused her.”

Alex tells us he’s never seen such a strong amount of support against a woman who got shot, and he offers up a couple of reasons why that might be happening.