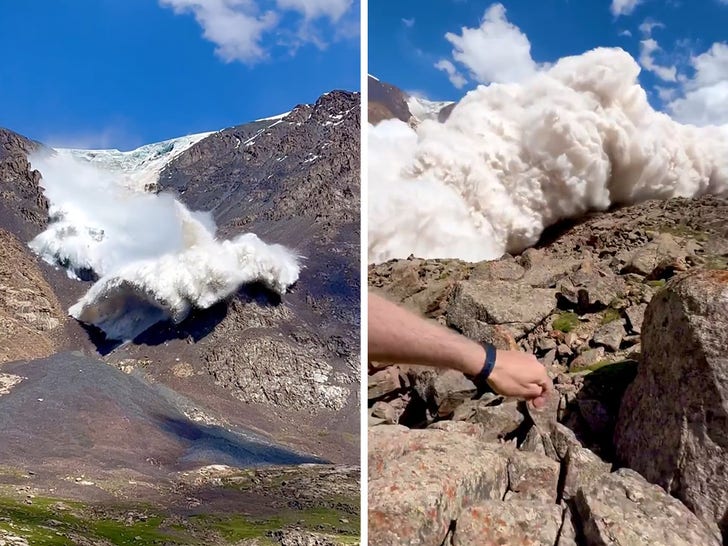 You’ve heard the age-old advice of not going and chasing waterfalls, but avalanches might need to be added to the mix — or at the very least, get out of their way if you can.

A British guy named Harry Shimmin posted this wild footage taken Friday out in Kyrgyzstan, where he says he was on a guided tour with 8 others through the Tian Shan Mountains … at one point through which the group reached the highest point possible by hiking.

That’s when an avalanche from a nearby peak started to unfold, barreling down on Harry — who had separated from the group a bit to take photos on his own. As he looks on at the snow, which seems to be quite some distance away, he quickly realizes it’s coming closer.

Soon, the reality sets in … that he’s about to be buried by this thing if he doesn’t take cover. Acting as a bit of a daredevil, Shimmin waits ’til the very last second to do exactly that.

HS explains that he knew he’d be alright all along — as he was right by a ridge where he could duck under when the snow came over him — but admits … it was risky business.