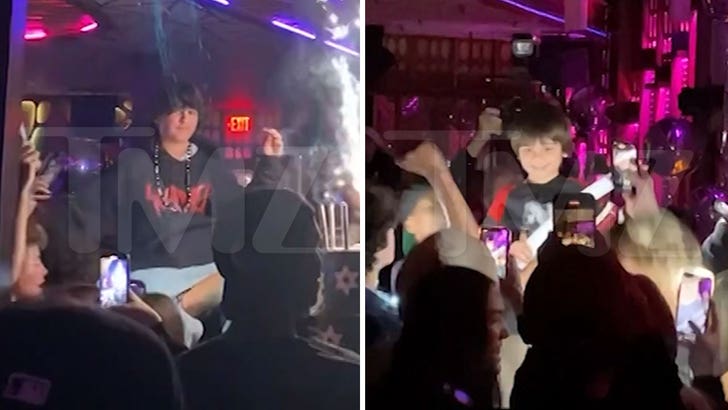 Mason and Reign Disick were riding high at Mason’s bar mitzvah, with partygoers hoisting the famous brothers up towards the heavens … and new footage from the blowout party shows the epic moment!

You gotta watch the video… Mason and his younger brother are caught in the middle a large crowd. Sparklers go off, and Mason’s cake is being carried over to him. Then suddenly, he stands up and is lifted onto people’s shoulders. FYI: It is Jewish tradition to lift the bar mitzvah boy on a chair. However, it is also acceptable to lift them straight up. 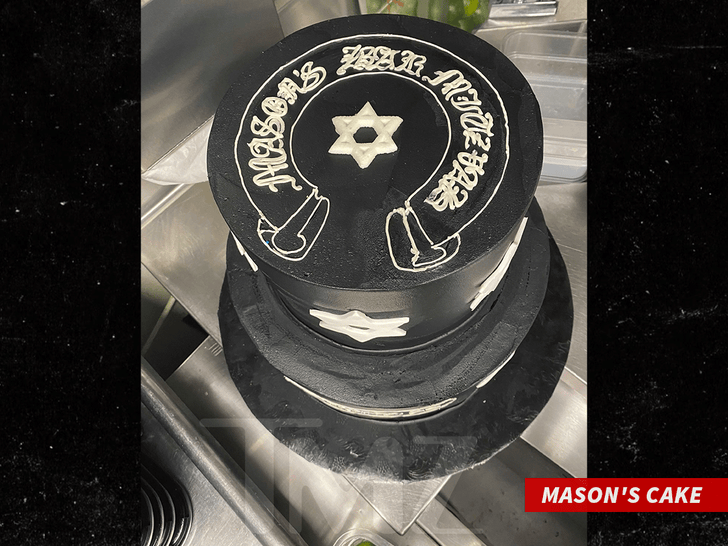 While it was Mason’s bar mitzvah, he shares a birthday with Reign … so they both got hoisted in the air … even though Reign’s still a few years away from becoming a man in the Jewish culture.

As you see, proud papa Scott Disick is beaming from the sidelines. 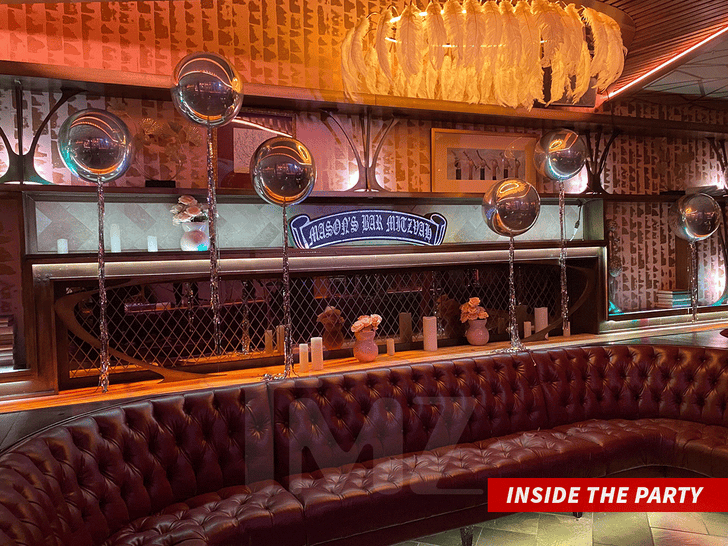 Scott rented Offsunset Lounge, a Hollywood hotspot, on Sunset Strip for the party.

There were 200 people at the party, including 100 of Mason and Reign’s friends. The kids had a great time dancing all night with a disc jockey, just like any good bar mitzvah.

Meanwhile, our sources say the parents had a great time watching their kids dance … all the Kardashians were there, but notable absences included Corey Gamble, Travis Scott, Travis Barker and Kanye West. 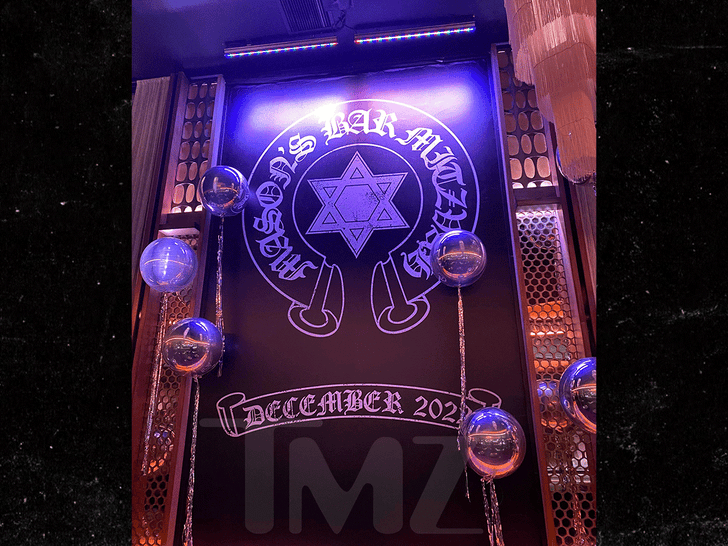 Scott had his fingerprints all over Mason’s bar mitzvah. The lettering on the cake, banners and decorations mirrored the clothing brand Chrome hearts… Scott loves to wear casual clothes around town.