Justin Bieber
I’m Back!!!
Performs for 1st Time Since Paralysis 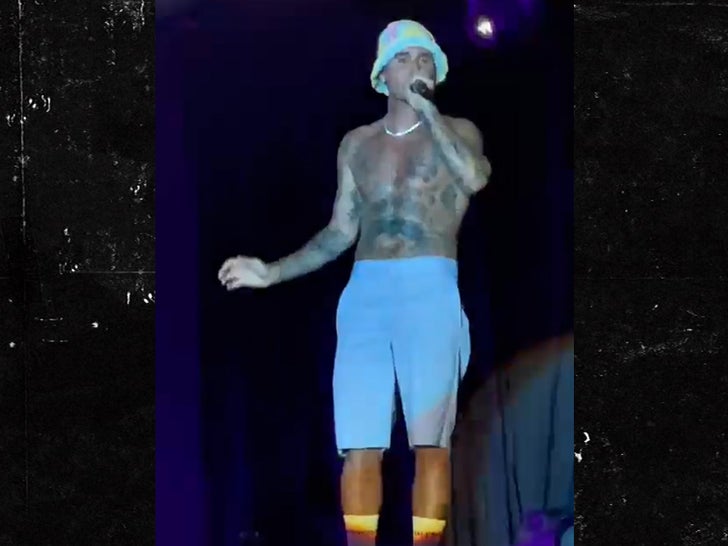 Justin Bieber is back like he never left … performing for the first time since his serious health scare.

Justin hit the stage in Lucca, Italy Sunday, and he was his old self … performing his hits shirtless, dancing around the stage — he brought the house down.

As we reported, Justin was diagnosed with Ramsay Hunt Syndrome, a rare virus that caused paralysis in his face, among other issues.

J.B. took a month off, pausing his world tour. He promised fans he’d be back to business at the end of July, and he delivered … though just barely!

He’s scheduled to hit the stage in South America, South Africa, the Middle East, Asia, Australia, New Zealand and Europe, again … before making his way to the U.S.

Good to have you back, Justin!