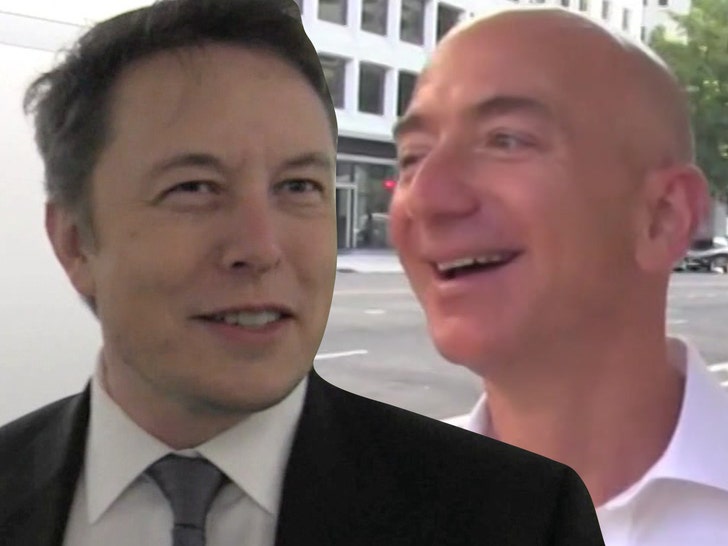 Elon Musk is considering turning one of Twitter’s offices into a hub of humanitarianism — and Jeff Bezos, of all people, has a suggestion … get on my level, ’cause I already did it.

The Tesla chief and now the Twitter board member had a rather wacky idea about what to do with San Francisco’s headquarters of the social media company. He suggested that he might help make it a place where the homeless can crash.

He asked the question in a poll and received a simple “Y” answer or “N” response. As of writing, over 1.7 million people have responded. They’re mostly saying “Do it, dude.”

Welp sounds like an ex-Amazon honcho and currently the 2nd wealthiest man in the world, after Elon, heard about his tech bro’s dilemma and offered some advice.

Or do portion. It worked great and made it easy for employees to volunteer. https://t.co/r0dZWsMxWT https://t.co/NbUNl1bkJ3

Jeff responded, “Or do portion. It worked great and made it easy for employees to volunteer. He attached a link to an article that details exactly what he’s referencing … apparently, Amazon’s Seattle HQ did exactly what Elon’s proposing a couple of years back.

The Amazon shelter — which actually lies within the Seattle campus and is attached to one of their big offices there — is called Mary’s Place Family Center in The Regrade … and it’s a whopping 8 floors, spanning 63,000 square feet and with the capacity to house around 200 people a night.

Amazon joined forces with MP to get the place up and running during the early days of pandemic. It’s been a blessing for the community. The digs aren’t bad either.

Sooo if Elon is serious, he can follow Jeff’s lead to help his fellow man. Although EM may have him beat in the bank account, JB is a step ahead of him in this area.