Janet Jackson was not impervious to technical difficulties that plagued Essence Festival — losing audio midway through her performance … but powering through to kill it regardless.

The singer was one of the big headliners at the NOLA concert series this weekend at Caesars Superdome … where TONS of huge stars performed in an event comparable to Coachella. What was also comparable … audio issues often experienced in a live show. 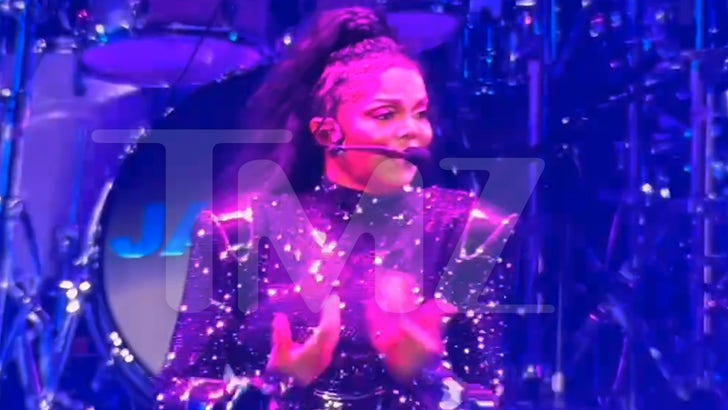 No exception for Janet, unfortunately, because during her set … her mic seemed to cut out while she was in the middle of either talking or singing, seen here in video obtained by TMZ.

The good news is that this little hiccup appeared to go mostly unnoticed, and the rest of Janet’s time on stage was a smash hit … as she rifled through hit after hit after hit for more than an hour — leaving fans more than satisfied with the tunes and choreography.

Janet Jackson set #ESSENCEFEST OFF! I really hope she hits the road and gives us one last tour! 🙏🏽🔥✨ pic.twitter.com/3g9Q0Rz01A

Now, it’s worth mentioning … there seemed to be quite a bit of sound issues throughout the past couple days of acts — including some complaints about Halle and Chloe Bailey’s set, with folks saying their levels were off and that they sounded funky to the live audience.

The audio for C/H were the least of some people’s concerns though … even more viewers at home were pissed that Hulu only live-streamed their very last song … a recurring theme for the festival — namely, who subscribers watching on Hulu actually got to see.

Okay now I feel like we gotta drag bc why the sound not right either, y’all really got Chloe x Halle fucked up 😒😒😒 #ESSENCEFest pic.twitter.com/e2xcRhTd1Z

This was perhaps most notable during Friday’s show, when Nicki Minaj was the headliner for the night … even though her performance didn’t end up making it onto the Hulu broadcast.

Angela Yee — who was on hosting duties that night — noted they weren’t going to be able to show Nicki’s set for audiences at home, citing “circumstances beyond our control.” NM did indeed perform … and she aired out her frustrations with whatever was going on BTS.

Mid performance, Nicki thanks everyone & mentions how there were technical difficulties but she still came out for the fans. #ESSENCEFest #essencefestival #barbz #NickiMinaj pic.twitter.com/dBO47Uz9hP

In light of Nicki’s mishaps — as well as other artists here and there — many were daring Essence/Hulu to screw up Janet’s set (jokingly), saying there’d be problems if they did.

Welp, they did end up screwing the pooch a little bit for JJ after all … but no harm, no foul. She carried on like a pro, and appears to have put on a helluva number for everyone.

Hopefully they can get it together for the final night!