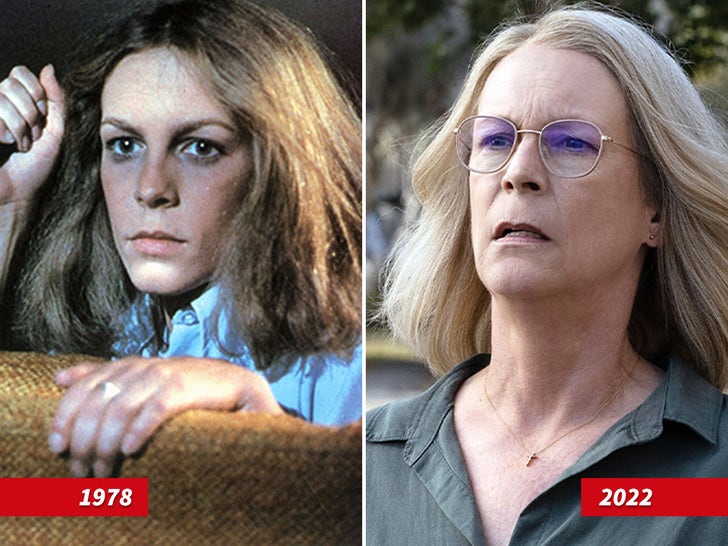 Jaime Lee Curtis‘ looks over the years are anything but scary!

Here is a 19-year-old version of the Halloween Queen ready to slay her killer in the classic slasher film “Halloween” back in 1978 (left).

And, 44 years later the actress has put her brave face back on for the newest “Halloween” film, “Halloween Ends” (right).

Although her spooky days are over, she continues to show the world that she still has some amazing looks!