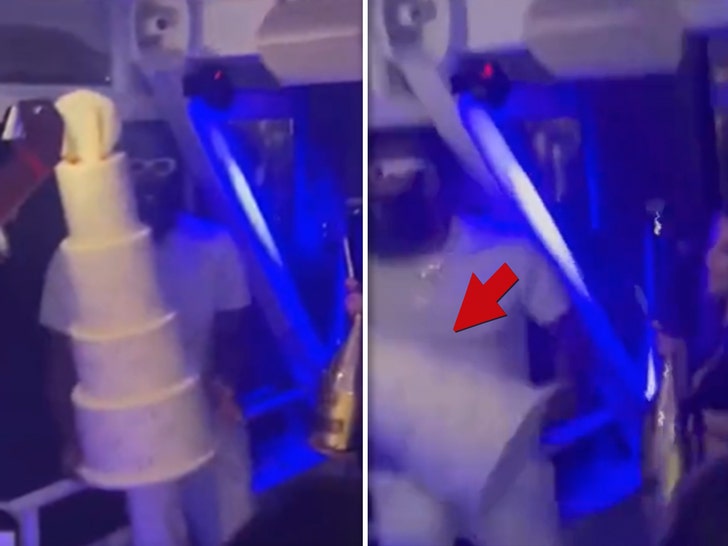 The Philadelphia Sixers guard was caught on video partying with his friends and family on a yacht this week in Marina Del Rey in California, celebrating his 33rd birthday.

James Harden throws his birthday cake in the ocean off a yacht pic.twitter.com/oV6oZvh9ip

Everyone was taking photos of Harden, dressed in all white, holding the large cake near the side rail of the yacht, when out of nowhere, he tossed the dessert overboard.

The party DJ was in complete shock … saying on the mic, “Happy Birthday — oh my God!”

But, was it real?! The cake’s large, and while Harden is obviously a big, strong, world-class athlete, the cake seems awfully light! So, likely fake, but still super funny.

Thankfully, the fun didn’t stop when the cake departed the boat … Harden even showed off his “sexy” dance moves in front of the camera to Pretty Ricky’s ‘On The Hotline’. 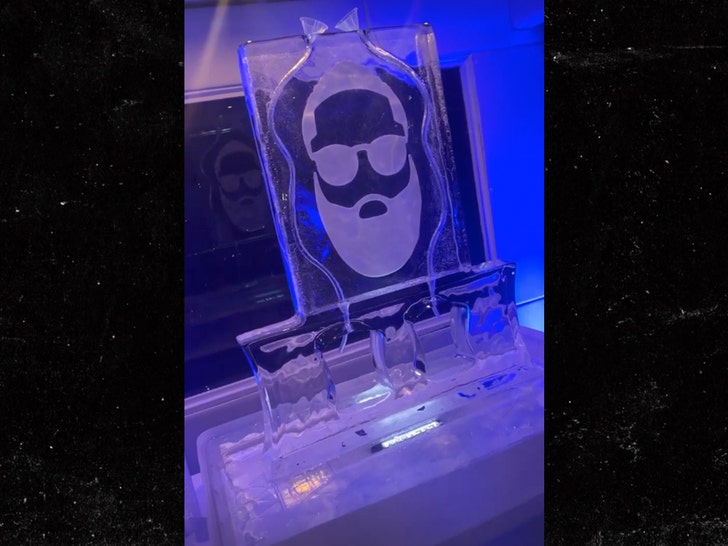 There was also a cool ice sculpture of Harden aboard the yacht.

Harden and his guests celebrated the big 3-3 by sipping on Tequila Diamante, according to the party drink menu. They also enjoyed JH’s new vino, J-Harden Wines.

Without further adieu, Harden’s rendition of “Cake By The Ocean” — Happy Birthday, James!