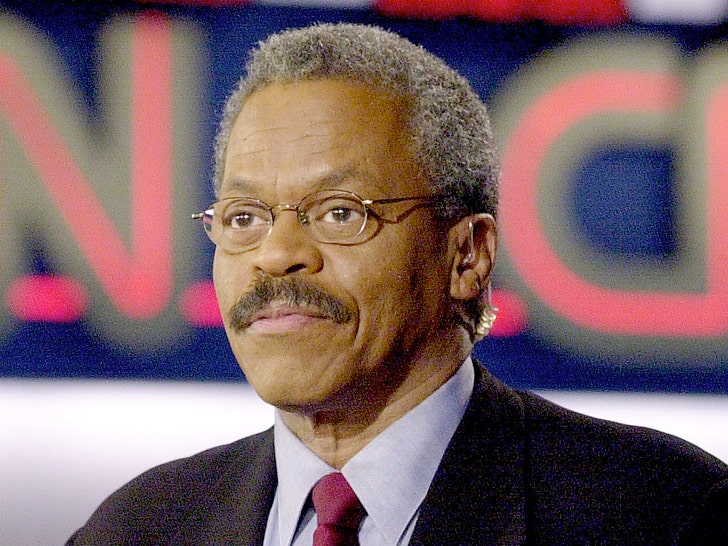 Bernard Shaw, one of the anchors who put CNN on the map, has died from pneumonia … according to his family.

His family announced his passing Thursday morning, and said the pneumonia was unrelated to COVID-19.

When CNN launched in 1980, Shaw was the network’s first chief anchor, and famously anchored presidential debates, and especially shined during the Gulf War in 1991.

Shaw was there to report live from Baghdad on the first missile strikes landing and launching the war. During reporting, he often had to hide under desks or in bomb shelters.

A Marine veteran, who served during the Vietnam War, Shaw remained at CNN for more than 20 years … finally retiring in 2001.

Bernie, as his coworkers called him, worked in the Washington Bureau of CBS News and was also employed by ABC News for a while.

Shaw is a Chicago native… he started his broadcasting career as a reporter and anchor there, and then became the White House correspondent for Westinghouse.

He’s survived by his wife Linda Allston and their 2 children. Bernie Shaw was 82.