Donald Trump‘s Florida home was crawling with FBI agents Monday … with the feds raiding his Mar-a-Lago resort as part of a search warrant.

The raid reportedly involves Trump’s failure to turn over classified and unclassified government documents and other materials that he improperly took from The White House to his Florida home. Trump belatedly turned over 15 boxes of government property a few months ago, but obviously the feds think he still has stuff he shouldn’t have.

It’s an absolutely stunning turn of events … in order for the FBI to search Trump’s home, they had to first get the approval of the Attorney General himself, and then go to a federal judge and submit hard proof there is PROBABLE CAUSE to believe A CRIME WAS COMMITTED. That deserves all caps, because it’s never been done before in the history of our country — a former president in the active crosshairs of a federal criminal investigation and one that was serious enough to trigger a search warrant.

The former President is currently in New York City. He acknowledged the raid, grousing the FBI broke into his personal safe. Trump is blaming the raid on the Democrats and those who do not want him to run for the White House in 2024 … and he’s trying to compare the raid to Watergate. 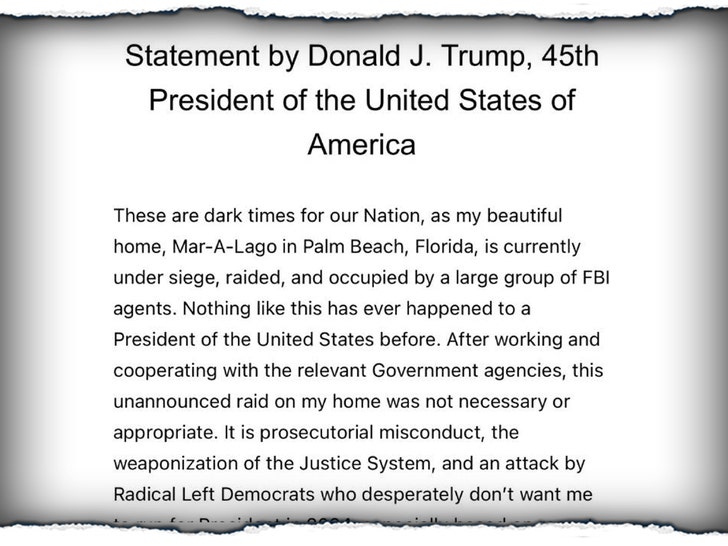 As you know, the Justice Department is also investigating Trump’s efforts to overturn the results of the 2020 national election.

Former Attorney General Eric Holder, who worked in the Obama administration, recently predicted Trump will eventually be indicted on criminal charges as a result of the DOJ investigation. 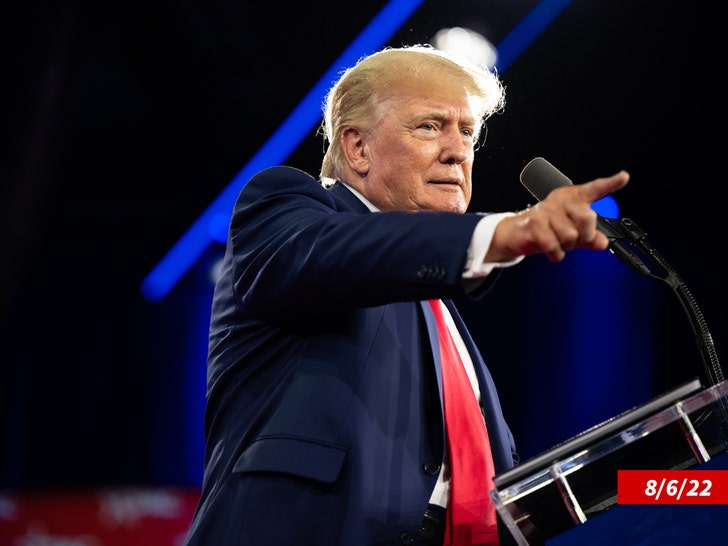 The DOJ is also investigating Trump’s role in the Jan. 6 insurrection, with a number of former Trump administration officials recently testifying before a grand jury as part of the probe.