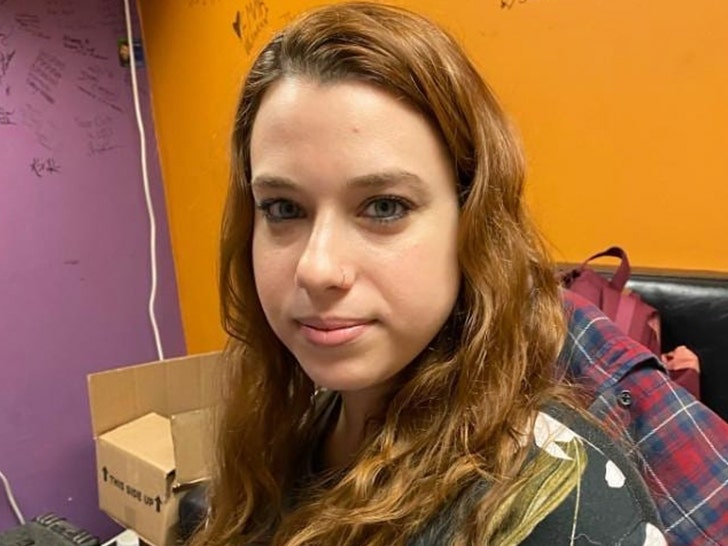 A comedian was performing in New Jersey when he was interrupted by a rude heckler. He kept his hands to himself, but let his beer fly in her direction.

Ariel Elias was recently doing a set at Uncle Vinnie’s Comedy Club Point Pleasant Beach — and while she was in the middle of a bit … a woman from the crowd interrupted her to start talking politics … specifically, musing on who she voted for and landing on Joe Biden.

Things were certainly tense but Ariel kept her cool, and rolled with it the punches… shutting down the lady by clowning her — something that somebody else nearby didn’t take very well to.

It’s not clear who did it, but someone threw a semi-full beer bottle up on stage and in Ariel’s direction. It barely missed her head… and splattered against the wall before hitting the ground. She was as shocked as everyone else.

There’s more. Ariel claims that the club is pressing charges against the person who threw the beer. It’s unclear if cops were called on that night, and if he was taken into custody. But it seems Uncle Vinnie’s won’t let this one go.

Fwiw the club is pressing charges against the guy and booked me to come back in April.

As you can see, AE is receiving a lot of praises from comedy professionals for her handling this. She not only turned a situation upside down, but she also did it with humor, even in the face violence.