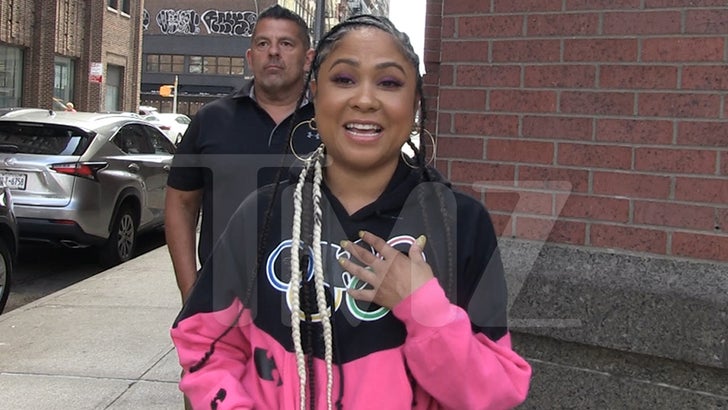 Angela Yee is leaving “The Breakfast Club,” but not before they can find her replacement — a process for which she says she’s going to help.

The longtime radio host was in NYC Wednesday — shortly after her announcing that she was starting her own nationally syndicated show — and she told us the hunt for a new female co-host to join DJ Envy and Charlamagne Tha God hasn’t really begun yet.

It’ll definitely get going now, though, since word’s out. And, as far as selecting a successor … AY tells us she’ll likely have a hand in that, although the guys will have final say.

Our photog floats one name to possibly replace Angela, and she doesn’t shoot it down. If anything, she embraces this potential pick — someone who’s been on the show a lot.

The breakfast club as you know it is officially over 🫶🏽

When it comes to how Angela thinks ‘TBC’ will do in her absence … she says it’ll probably be just fine. Yes, the dynamic will be different with a new host in her old chair — but that doesn’t necessarily mean much will change in terms of success. So, she’s rooting for ’em.

It’s certainly the end of an era — Angela’s been there for some of the wildest interviews over the years, and her presence will be missed. On to greener pastures, as they say.