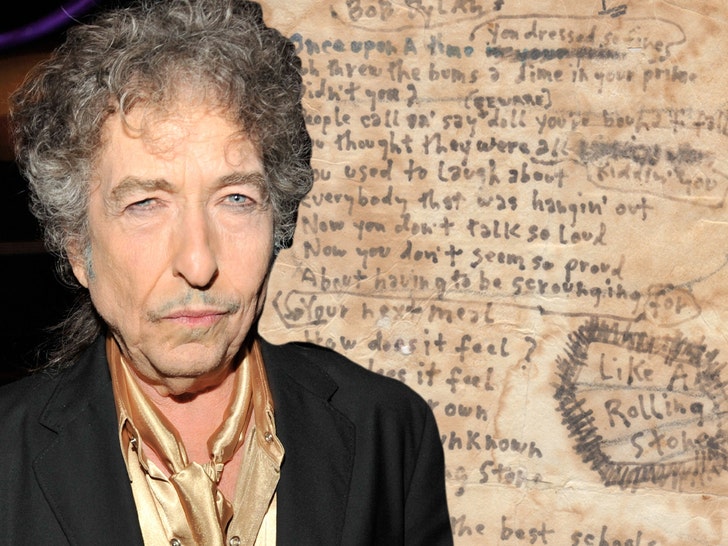 Two pieces of music history are hitting the open market … the lyric sheets to a pair of Bob Dylan‘s most famous tracks … and they’re gonna cost six or seven figures!!!

The folks over at Moments In Time are selling Bob’s original handwritten lyrics to his 1965 hits “Like a Rolling Stone” and “Mr. Tambourine Man. “

Bob scribbled the lyrics on parchment … and you can see a few of his original edits … plus some cool doodles. It looks like he was feeling the song titles. FYI, “Rolling Stone” magazine voted ‘Rolling Stone ‘the greatest song ever’. In 2021, the mag downgraded ‘Rolling Stone’ to #4, with “Respect” getting the top spot.

While both songs dropped way back in ’65, they were featured on two different albums. ‘Rolling Stone’ was on “Highway 61 Revisited,” while ‘Tambourine Man’ was on “Bringing It All Back Home. “

We’re told Bob’s camp sold the lyric sheets to a collector over a decade ago … and now they’re going up for sale to the public … or at least to those with enough funds to afford Bob’s art.