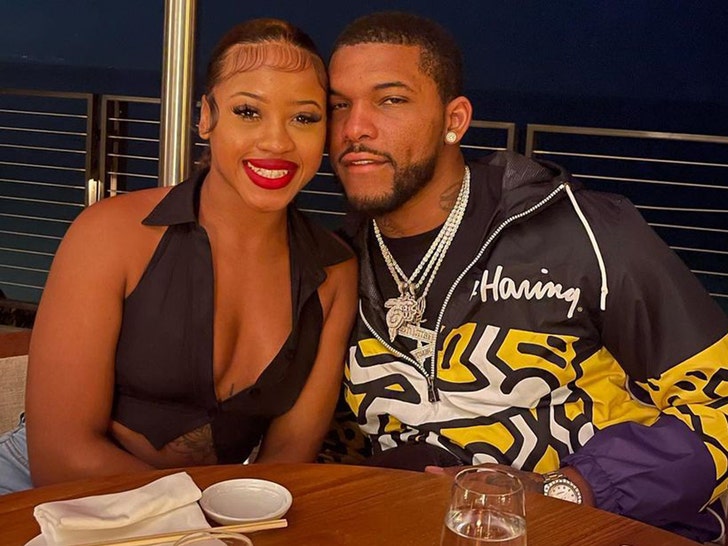 Rapper 600 Breezy is mourning his girlfriend’s sudden death … and it appears she died by suicide.

600 Breezy just posted a social media tribute to his girlfriend of two years, Raven Jackson, including photos of them together and screenshots of what appear to be a suicide note. 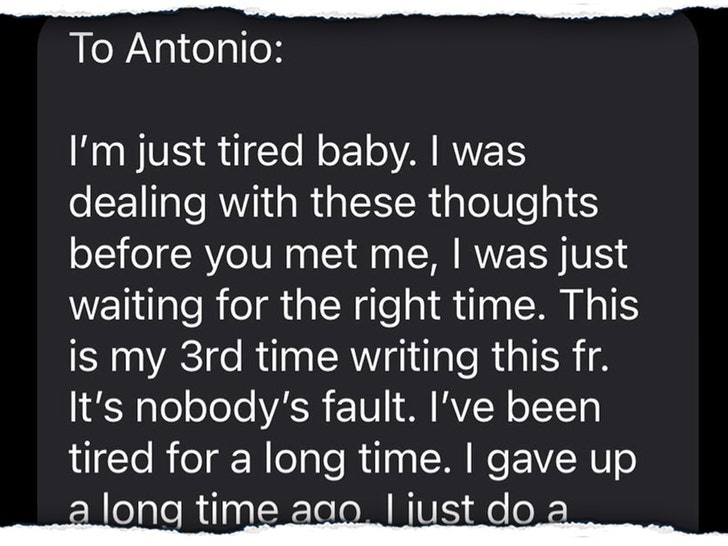 In the text message, Breezy’s girlfriend tells him she’s tired and has been dealing with bad thoughts for years and was waiting for the right time to act. She mentions she is hanging out on a bridge and notes she “gave up a long time ago.”

Raven also tells Breezy it’s her choice and it’s something she wanted, adding … “It’s one thing to ruin your life, but I had to go and end mines too.”

600 Breezy admits his girlfriend was hurting and says he “did everything I could to show her nothing but love and keep her going.”

Breezy says her death is going to mess him up for life and will never be able to love again … and he’s telling folks to take people serious when they show signs of mental health issues and depression.

If you or someone you know is thinking of suicide, please call the National Suicide Prevention Lifeline at 988.